Why would any American business choose a supply chain partner in China? To do so means dealing with the possibility of additional tariffs on Chinese imports, the risk of intellectual property theft, and the moral dilemma of human rights violations and censorship. Why would any U.S. organization want to take all that on?

I’ll tell you why. China has some of the most advanced manufacturing technologies in the world, backed by quality systems that are the envy of many Western manufacturers. The country has a huge number of skilled workers that are treated fairly and are generally satisfied with their lives. It has built an infrastructure that rivals any major metropolitan area, and it has done so in dozens of cities within the space of a couple of decades. China has become the dominant country in new technologies such as renewable energy and advanced facial recognition/population monitoring. 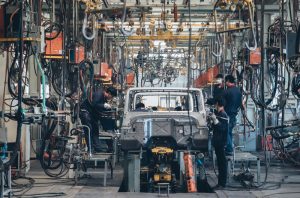 In one example of its technological priorities and development, China is pouring financial and intellectual resources into developing electric/autonomous vehicles. There could be no better proving ground for self-driving cars than the streets of any major Chinese city, where traffic patterns resemble the paths of a hundred pinballs being played simultaneously on the same machine.

China’s infrastructure projects over the past 25 years will go down, collectively, as one of the most amazing phenomena of the late 20th and early 21st centuries. From the Three Gorges Dam, the world’s largest power generation system, to the development of the High-Speed Rail (HSR) system that accounts for two-thirds of the world’s high-speed train capacity, China continues to spend billions on projects to benefit its citizens. 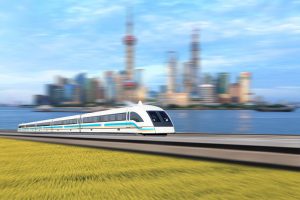 What does all this mean? It demonstrates that China is a forward-thinking country that caters to its subjects and invests in the future. It’s not perfect—media censorship, government propaganda, invasions of privacy, the lack of a real justice system, and the tendency to lock up the opposition are serious political problems, but not technological ones.

Despite its problems, China is a manufacturing juggernaut that offers unparalleled opportunities for U.S. companies. The American consumer’s demand for cheaper goods created the competitive environment among Chinese manufacturers that led to the creation of world-class facilities and the products to match, and that has given China the edge in trade relations.

The U.S. is attempting to address that home-country advantage with tariffs, but trade imbalance is very low on the list of important issues that need resolution. Yes, China has engaged in corrupt activities and intellectual property violations. These are the key issues to get resolved. If additional tariffs on imported goods bring the politicians to the table to fix the real problems, then it is a good tactic, but not a long-term policy for good trade with China. The forces of open markets will see to it that tit-for-tat tariffs are not a sustainable option.